The Traditional Pottery Of Guanajuato

Pottery is among México’s particularly noteworthy traditions. From pre-Columbian times, Indian pottery has held a special artistic quality, as can be appreciated in the numerous and beautiful objects that still pre-Columbian people of the Central American region. Their techniques were mainly molding and modeling and their finish scraped or polished. Many shapes and decorations of Indian pottery disappeared after the Spanish Conquest in 1521, but at the same time new elements and techniques were introduced, fusing with the previous tradition and creating its own.
Indian heritage is clearly reflected in México’s modern pottery in the color of the pieces and its aesthetic decorations. On the other hand, Spanish influence is evident, for example, in the technique of some types and shapes, as in the majolica style and the exquisite variety of glazed ware, which originated in the Far East. In Spain, this tradition was introduced by the Arab and Italian cultures, and their influence is still preserved in the Iberian Peninsula.
The pottery which we might call mestizo –resulting from the fusion of both traditions- first appeared in the city of Puebla, located in the center of Mexico. From this spot it extended to Oaxaca, Patzcuaro, Guadalajara, Sayula, Aguascalientes and Guanajuato, thus adopting each town’s distinctive mark.
During the Colonial period pottery production became highly prolific. In fact, in the middle of the XVII century, there ere so many potters, these craftsmen associated themselves in order to establish rules for their craft. During this period Puebla became the most important pottery center, although not the only one.
Guanajuato traditional ceramics originated in the items of pottery covered by a thick, white and glossy enamel, brought to America by the Spaniards at the end of the XVI century. In Mexico it is know as “mayolica”. At present it is only produced in Puebla and Guanajuato and is decorated in lively colors, although each place preserves its personal taste.
During the Colonial period Guanajuato became a prominent mining center and the pottery workshops that flourished mainly produced plates, pots, barrels, bowls and jugs of daily use to supply and satisfy the community’s needs. Like today, items were richly decorated with animal and popular human figures. Some of the designs were copied form Spanish pieces, but Mexican potters adapted them to their taste and endowed them with their own sensibility, thus creating an unimpaired, totally Mexican style, where influences are evident.
Today, the clays employed in the manufacturing of the Guanajuato majolica come form the Sierra of Santa Rosa, located near the city. They are poured off and a calcareous filling, also of local origin, is added to give more cohesion to the clay. All the pieces are wheeled and painted by hand and fired in a Gas Kiln. The enamel or glaze is food safe according to FDA and California regulations for led and cadmiun. Decoration colors are mineral oxides such as cobalt for the blue and copper for the green.
Both the materials employed and the process followed in pottery production are identical to those used during the Colonial period; once the wheeled piece dries, the first firing or jagüete is applied. Then it is glazed with tin oxide and decorated; it is again fired at higher temperatures to melt the glaze and colors. Having preserved such an old technique, shapes, and decorations, has endowed this pottery with an extraordinary historical value. However, this is precisely why some pieces have seam edges of the key shims (caballitos) and traces of ashes from the kiln, therefore hindering uniformity in mass production.
Manufacturing techniques, the ancient shapes employed, the type of decoration and the manual process, define this pottery as the only craft that disappeared. However, it was rescued with the characteristics it had four hundred years ago. At present this has become of the utmost importance, as the traditional forms are being abandoned due to its costly production.

This explains why the work developed y Gorky Gonzalez in his Guanajuato workshop is so valuable, as it is the only one devoted to rescue the traditional majolica.

All the pieces are food safe

We do not recommend to use them in the microwave, if you decide to reheat please be careful since the piece can get very hot. Dish washer safe. Never put them in a direct fire. For oven reheat or melt cheese we do not recommend it for baking. 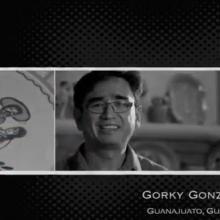 One of last interview with Master Gorky Gonzalez 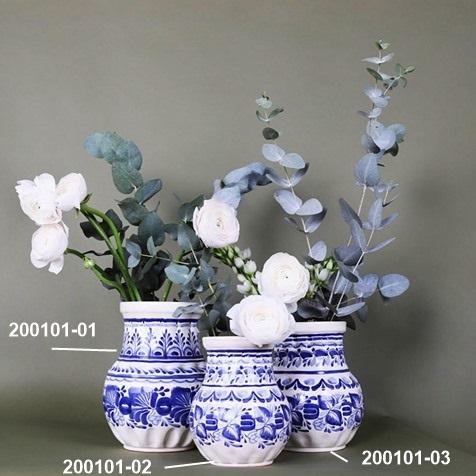 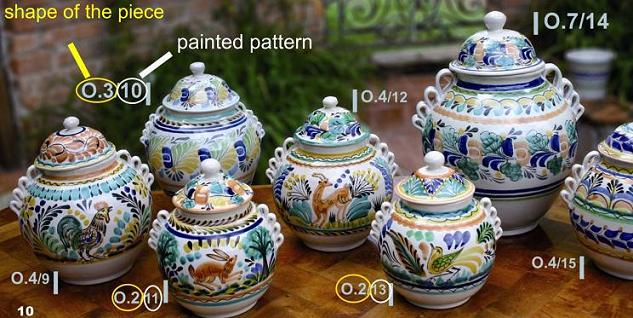